FacebookTwitterInstagramYouTube
On International Women’s Day, we naturally reflect on where the struggle for women’s equality and rights has led us, hoping each year that the path to realizing women’s empowerment has become less hazardous and easier to walk. 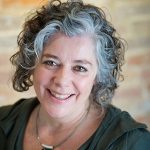 And yet, even with the significant strides taken by numerous women’s rights organizations around the world, we continue to witness women and girls being deprived of the opportunity to make important choices about the quality of their lives.

At the Barbra Schlifer Commemorative Clinic, we envision a world where all women build lives free from violence.

Violence against women has been declared a global pandemic by the United Nations.

It happens in all cultures and in every country. It includes any act of violence that results in, or is likely to result in, physical, sexual or psychological harm or suffering to women, and takes into account the threat of violence, coercion or arbitrary deprivation of liberty, whether happening in public or in private life.

Worldwide, up to 70 percent of women and girls will be beaten, coerced into sex or otherwise abused in their lifetime. Women are at higher risk from rape and domestic violence than cancer, traffic accidents or malaria. According to the World Health Organization based on data from more than 80 countries, 35% of women globally have experienced either physical and and/or sexual intimate partner violence or non-partner sexual violence. Globally, nearly 40% of all murders of women are committed by intimate partners.

Women’s equality and rights demands an international conversation and global attention, and the scale of investment in resources and cooperation that any pandemic does.

For this reason, I am honored to have been nominated by Status of Women Canada to be a part of this year’s 60th session of the United Nations Commission on the Status of Women in New York. I will learn from women who will have travelled a great distance, what strides they have taken to promote equality and to eliminate and prevent violence against women and girls.

I am further privileged to have been asked to moderate a panel among Ministers from a wide range of countries, who will exchange lessons from and hopes for their national plans to end violence against women.  I hope, in leaving the session, to advance the role of civil society in testing state plans’ viability and relevance to women, to challenge and renew us all to be honest about what’s working and what’s not.

Here at home in Canada, as we anticipate the verdict of the Jian Ghomeshi trial, we need to remind ourselves that the issues this case raised, are not isolated or unique.

For Canada, a country regarded as ‘safe’, statistics are both real and raw:

What do I know? I know that last year alone, more than 4,000 women called on the Barbra Schlifer Clinic to ask for our help as they began to build lives free from violence.

To those who feel that feminism is dead, that the pursuit for equality is over and that women are able to equally partake in the riches of the universe without having to assert their rights, the facts don’t support such a conclusion.

Both here and abroad, women remain the world’s most populous human rights defenders, unglamorously facing tyranny and violence for defending their dignity and beliefs every day in their homes and in their communities the world over – under unthinkable conditions of colonialism, racism, state-perpetrated human rights violations and in the midst of wars they do not stand to benefit from.

The rights we have achieved will only survive if we learn to seek them in new spaces in new ways and learn to struggle in new places, drawing strength from, even as we critique, our communities, our faiths and our cultures; by listening to young women and giving them room to lead.

International Women’s Day serves as a reminder to all women, everywhere, that we are united through a common cause and that we must keep working all year long; throughout history; and wherever we find ourselves.

In the end, it is as Hannah Arendt said: “No cause is left but the most ancient of all, the one, in fact, that from the beginning of our history has determined the very existence of politics, the cause of freedom versus tyranny.”

Thanks for joining us in this struggle. We take strength and comfort from our common cause.